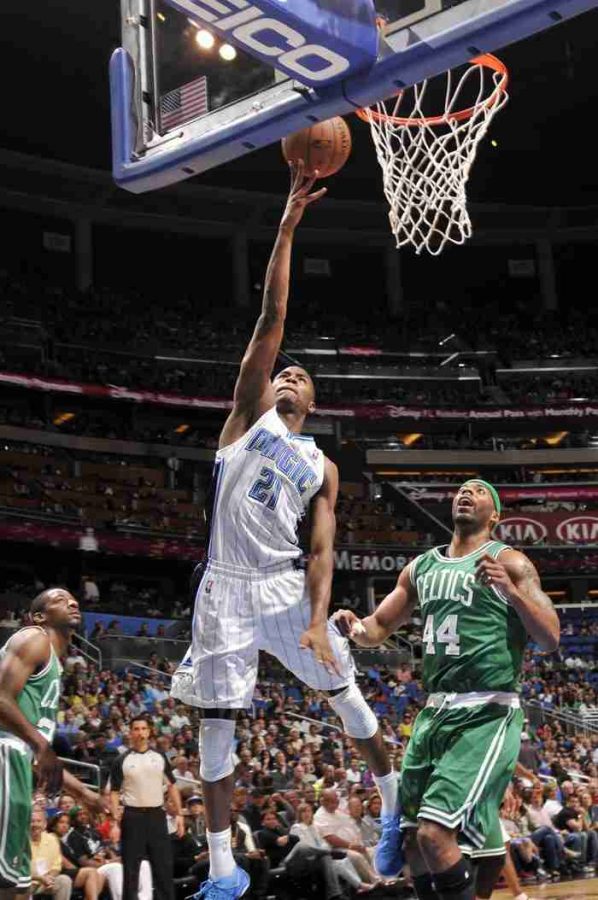 ORLANDO – Jeff Green, Courtney Lee and Jordan Crawford lead the way for the Boston Celtics against the Orlando Magic as the Celtics blew out the Magic 120-88 on Saturday night, April 13 in dominating fashion as they defeated the Magic at both ends of the floor.

“It was good, especially guys like Jordan Crawford and Courtney Lee. They’ve been struggling. Jordan hasn’t, but Courtney has. So, I just thought it was important for him to get a good rhythm offensively so it was nice,” said Celtics head coach Doc Rivers.

Celtics looked dominating and seemed like they had something to prove. At the beginning of the game they went on a 9-0 run to open up the game and force Orlando to call a early time out. On that run to start the game, Jeff Green had five points, Kevin Garnett had two points and Avery Bradley also had two points during the run.

Coach Rivers said, “ It was good to see Jeff Green be aggressive with that group. So, it was a lot of good things, defensively it was terrific.”

It seemed early in the game that when Boston went on a run Orlando didn’t have an answer, but anytime Orlando started what looked like a run Boston shut it down and answered it with a basket of their own to widen up the gap.

Coach Rivers said, “ I think it’s important for anybody. It was just important for Courtney Lee. Guys start to question their shot. The great ones never do. The good ones do, and that’s the difference. And it was good to see Courtney make some shots.”

Celtics had another big run in the second quarter that blew the game wide open. They went on a 15-0 run that put them ahead by 16 points over the Magic and it seemed Orlando couldn’t find a response to the more veteran team.

Head Coach Jacque Vaughn said, “Well that’s what we have to try to get the guys away from and that’s why I’m always trying to preach consistency and that’s the best place for every player, really.”

Tobias Harris said, “ It’s very disappointing. To play a great team like the Celtics, just didn’t live up to the opportunity. I mean it’s just a tough game for us. We have to take their first punch and keep playing and we just couldn’t get a stop out there really, couldn’t get a rhythm.”

With this win, the Celtics also clinched the seventh spot in the playoffs and will play the New York Knicks in the first round of the playoffs.

The Orlando Magic play their last home of the season against the Chicago Bull at the Amway Center on Monday, April 15.