What’s your idea of a Saturday morning well-spent? The members of Orlando Baptist Church and roughly 400 athletes and spectators spent their Saturday intentionally hurling rubber gym balls at one and other all for the sake of charity.

That’s right folks, charity dodge-ball. An event sponsored and organized by the members of Orlando Baptist and The Independent Dodge-Ball League in support of the Nicole Ganguzza Foundation; a fund set up in memory of the late UCF student murdered June 10, 2008. 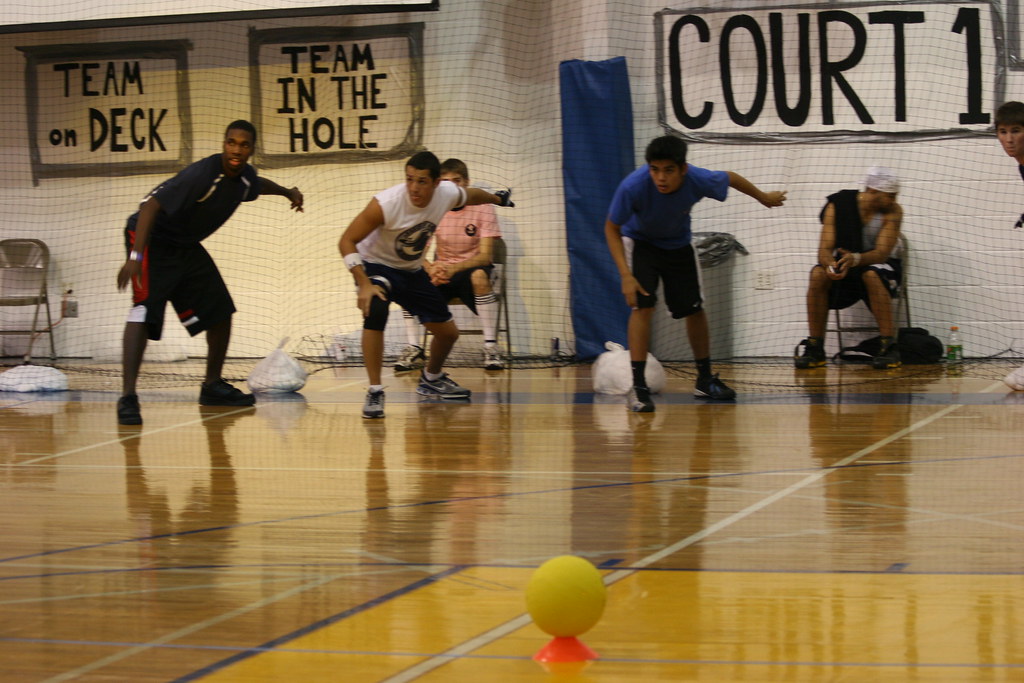 “Our church has always wanted to organize a dodge-ball tournament for the community, though it was Kristi Strampach (former classmate of Nicole’s at the University of Central Florida) that suggested a charity event for Ganguzza,” Said Brittany Walsh. “There is a $500.00 prize to the winner of the tournament and a $100.00 prize to the second place team, after that all proceeds and cash go to Nicole Ganguzza Foundation.”

As one might guess, this event was festooned with all the usual suspects: sweat bands, knee-high socks, and hot-head attitudes typical of any dodge-ball tournament. Dodge-ball is a team-based sport watched primarily for the humorous accidents and injuries that occur to every contestant. And in the case of this tournament, each match had its fair share of the classic peltings , the well-placed accidental face blocks, and the colorful team names such as: Shake-n-Bake, Chuck Norris, The Team for the Children Who Can’t…, and the winners, Probably the Best Team Ever.

Though even in light of this comically painful competition, it was obvious that each team understood what they were playing for.

“I am doing this for Nicole and her foundation…the tournament…all of this is for her,” said Kyle Underwood, a member of The Flying Dutchmen.

Each team of the total 50 teams in the tournament contributed a $50.00 donation toward the charity, along with all the proceeds from food and raffle sales. In total, over $2000.00 was raised as the first deposit in support of the N.P.G. Foundation Inc.

“We needed to do this,” said Youth Pastor Derek Janney, “for Nicole, and for the entire community as a whole. It is our mission as a church to reach out to and impact the lives of our UCF and Valencia college students.”

“I am so grateful for everything that has been done in honor of Nicole’s memory,” said Brendan Ganguzza, husband of the late Nicole P. Ganguzza.

“Nicole was a real prize winner. This is just the start of the good things that will come from this foundation,” said Ganguzza.

To keep up with the upcoming events taking place at Orlando Baptist’s FUSE Ministry, you can look them up on www. fuseorlando.org, or to follow the future events and current status of the Nicole Ganguzza Foundation please go to www.npgfoundation.com.