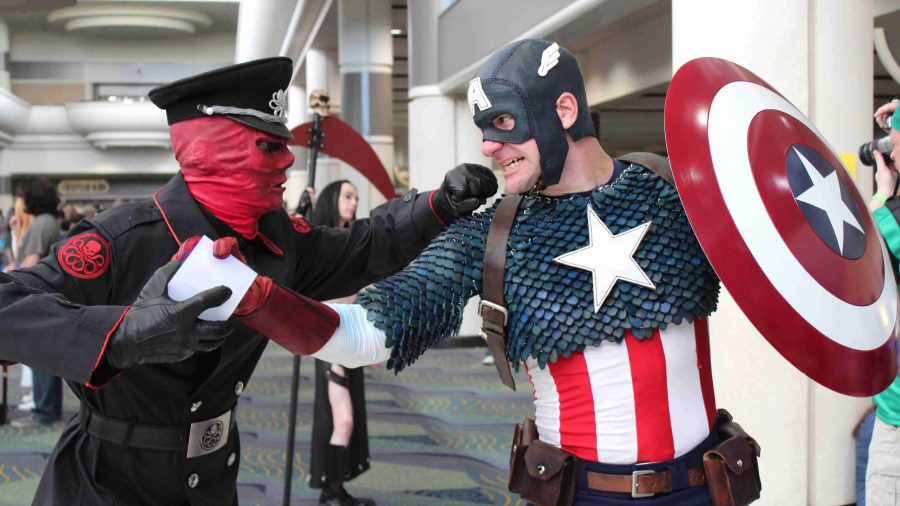 ORLANDO — Twenty years after the inaugural Mega Convention or “MegaCon” was held in 1993, this wildly popular celebration of sci-fi, fantasy and pop culture continues to grow and boldly go anywhere that fans decide to take it.

“This is my first time at MegaCon, we do DragonCon every year,“ said Ashley Bailey, dressed as Serena Tsukio from the Japanese manga and anime series Sailor Moon. “DragonCon is a little bit bigger I’d say, I like the fact that MegaCon has a lot more room and the people are really really friendly here.”

Multi-genre fan conventions like MegaCon, DragonCon and Comic-Con are growing in popularity every year as the acceptance of what some have called “nerd culture” found in video games, science fiction, comic books, and other forms of entertainment, grow into part of mainstream popular culture.

Comic book adaptations turned into movies like “Marvel’s The Avengers” and “The Dark Knight Rises” combined in 2012 to gross over $1.6 billion worldwide.

Many of the characters featured in these films and comic series are now beloved by fans around the world, and people at conventions like MegaCon love to dress up as them and share the love with other like-minded lovers of fandom.

If it’s on the pop culture radar, you will see it represented by someone and this widely diverse gathering.

Yearly, the convention is peppered with celebrity guests from television shows and films. Comic book artists and authors often join the mix as well.

This year’s largest draw was a gathering of the original cast members from “Star Trek: The Next Generation.” Actors from the show met with fans on designated days to sign photos and take pictures.

Hundreds of convention goers paid extra to sit in on a special group panel on Saturday night, as the actors answered audience questions and discussed the series.

There were also several other group panels throughout the convention, including indie filmmakers, photography, anime art and voice acting.

On top of all the events and the huge showroom filled with items for purchase, one of the largest draws for MegaCon is the people watching. Some costumes are incredibly detailed and take months of work and hundreds of dollars to create. The more extravagant costumes were often swarmed by an endless stream of flashing lights and excited fans.

“I didn’t think I’d get the response I did with my costume, and I’ve just had people taking pictures of me every five minutes. I felt like a celebrity,” said Danielle Miller, who attend her first MegaCon dressed as Wonder Woman.

Online advanced tickets for MegaCon were sold-out a week before the convention started on Friday, March 15. Tickets were still sold by the thousands at the event and organizers stated that this convention continues to grow in attendance around at a rate of 15 percent every year.

More information can be found on the MegaCon offical website at http://www.megaconvention.com/.