‘Skies’ will rain on your parade 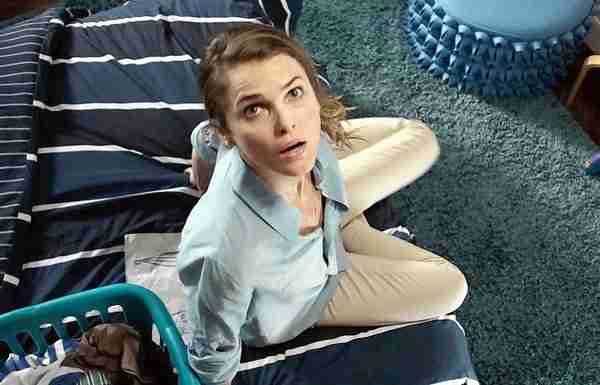 “Dark Skies” is awful in every sense of the word. Is it too much to ask that a horror movie to  actually be horrifying?

Scott Stewart, the film’s writer and director, spends lots of time cribbing from other movies, but he never quite gets what makes those films so much better than his own.

It doesn’t help that he is indiscriminate in where he takes his cues from. Somehow, “Dark Skies” is able to get the stale surveillance camera subplot running. When will we, as a people, be rid of this rather boring crutch.

“Dark Skies” is about a family who start to experience some strange goings on at their home. Stuff gets moved around, birds fly into their windows and the youngest child begins to sleepwalk around the house. This is all linked to, in a “surprising” twist, some aliens.

These are the things I found myself thinking about while not being scared by this movie at all. Cheap psychout scares that turn out to be real are still cheap psychout scares, and audiences today are much too sophisticated for these tactics to work, or so one would think.

If the audience that was around me was of any indication, the fake psychout is here to stay, because people have been programmed to enjoy one thing and now they do. Maybe, the aliens are testing on us.

This film could maybe have been salvaged had the actors shown even a slither of originality, but they do not. The actors mainly just sort of go through all the motions of being experimented on by evil aliens and I hate them for making me sit through it.

J.K. Simmons is a bit of a fun touch, because he is J.K. Simmons and he just has to stand there and you feel like he really means whatever it is he telling you.

I ate no candy while watching “Dark Skies.” The movie does not deserve to even bask in my enjoyment of a bag of Skittles.

Don’t give it your money, either. You probably will, though. That’s the real horror here.