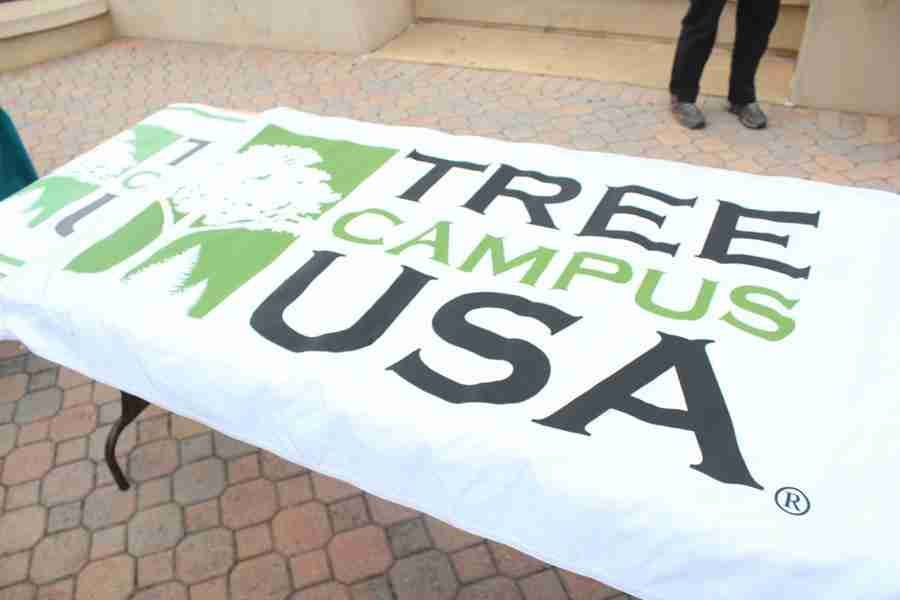 OSCEOLA CAMPUS — With an assortment of refreshments set out on a table and a bundle of shovels for hole digging passed all around, students and staff gathered at Valencia’s Osceola Campus on Friday, Jan.18 to celebrate Arbor Day by planting several trees on campus grounds.

Valencia’s Director of Sustainability and organizer of the event, Deborah Green, was present and in the mix. The goal of the activity is to help establish a “diversity of trees, attract wildlife and recycle water” she explained.

Senior Forester Dana Sussman, from the Florida Forest Service was also present and explained that young slash pines were an ideal choice of trees for planting due to their relatively shorter establishment periods compared to other trees.

The planted slash pines “should take about two-four months to establish themselves” which makes the month of January a good time to plant trees in Florida.

The hope is that the tree will be fully established by the summertime and capable of withstanding the large amounts of rain.

The first Arbor Day was held in the April of 1872 during which an estimated one million trees
were planted. Arbor Day is now celebrated all around the world.

The exact date of the holiday varies from region to region due to different climates and conditions however, as Dana Sussmann says “every day is Arbor Day.”