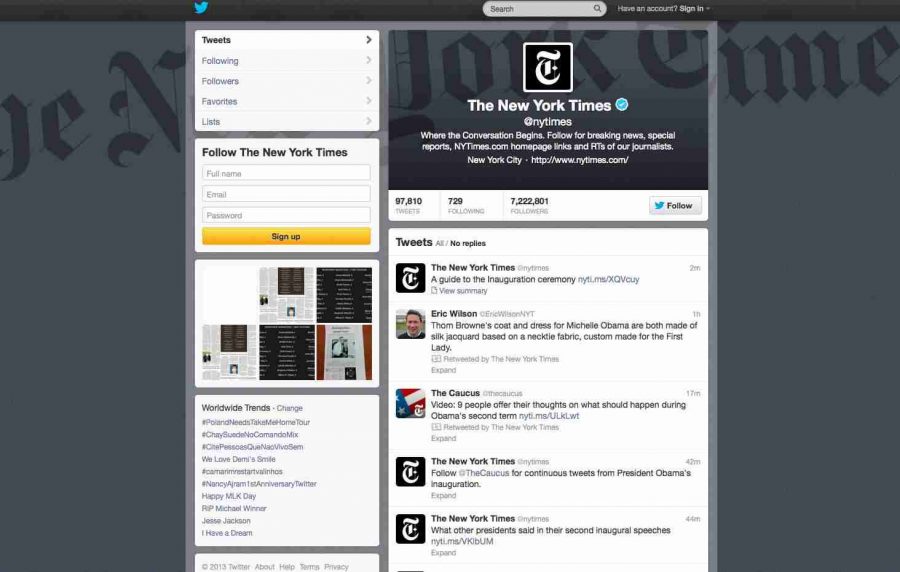 Twitter has evolved from being known as just another social networking site to an instant source of news.

When asked whether Valencia students knew that Twitter could be used to follow the news, the majority of them did not. Later many students found this to be a more attractive use for Twitter, than a social networking site.

Two students at Valencia College’s East Campus were asked about their views on Twitter. One student who finds Twitter “highly degrading” due to its “lack of censorship” would consider joining the site in order to follow the news. Another student says that he believed Twitter was “very useful” for his previous class project.

Many news media Outlets can be found on Twitter; such as The New York Times, Wall Street Journal, CNN and The Onion just to name a few, with approximately 16 to 25 stories per day.

An even more popular development on Twitter is the “Live Twitter Feed.” This function was put to use for coverage of the 2012 election, in which reporters posted constant commentary and analysis throughout the final stages of the election.

The live feed even goes as far as playing a prominent role in sports coverage. Games can be followed play by play with up to the minute scores.

With all that Twitter can be utilized for it could seem that the 140 character limit can be considered a nuisance, but somehow it seems to be all you need. Just post a couple of words or a link to express a gateway of ideas to the “twittersphere.”

How does all this affect the future of the newspaper and journalism as a whole? Will the newspaper soon become extinct and replaced with social networks, or will the physical and digital “newspaper” play an even smaller role in news reporting? Either way, Twitter is here to stay.