Magic fall short against the Mavericks despite late run 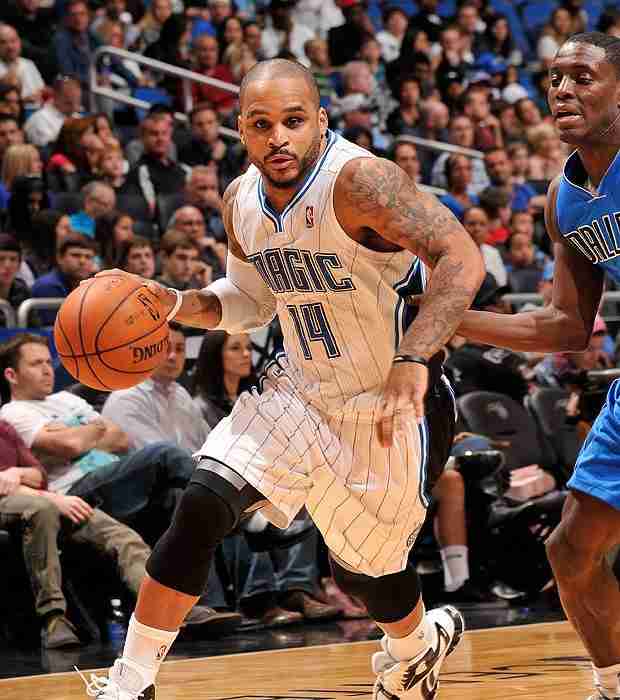 ORLANDO – Glen Davis scored 24 points and had six rebounds but it wasn’t enough as the Orlando Magic fell short to the Dallas Mavericks 111-105 Sunday night at the Amway Center.

The Magic (14-26) started off the game on a quick 14-2 run, but the Mavericks (17-24) would make their own run back, and lead for the rest of the game never giving back control to Orlando.

“The small lineup that they went to when they took out Nowitski out, that got them back in it,” said Magic head coach Jacque Vaughn.

“They got some turnovers and turned those turnovers into points I think that they had over 20 points off our turnovers. We’ve been doing a pretty good job turnover-wise last few games but this a team, it’s amazing, that we turn it over and they’re able to capitalize pretty quickly. Those are easy buckets, no defense.”

In total the Magic committed 13 turnovers compared to the Mavericks eight, and took advantage creating many fast break points off of them.

After making their first quarter run lead by Shawn Marion which had 20 points and ten rebounds, both teams would run up the scoreboard up to the half. Dallas would go on to lead every quarter until the fourth quarter where the Magic went on a 12-4 run in a time span of 3:49 where they would bring the game within four points.

Coming off a quick Dallas two-pointer, Jameer Nelson (20 points, 4-9 3pt) would drain a three-pointer to bring the game within two points but the Magic would run out of playing catch up and there last minute defense would cause another loss that only came up between a few points, revealing the lack of defense towards the last minutes of regulation.

“We just have to continue to work and do things together. Hopefully we can turn it around and get some stops. It’s not like we’re playing bad defense at times, it’s just sometimes that the other team scores. You play your defensive scheme and you play as hard as you can and as well as you can.”

The Magic would go on to lose their second consecutive game, and will travel on the road tomorrow Jan. 21 to face the Detroit Pistons at the Palace of Auburn Hills.

Coach Vaughn maintains his focus with the defensive struggles and looks forward to capitalize on contributing on that end.